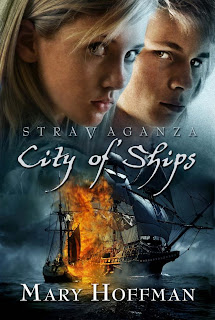 Just claiming the blog on Technorati 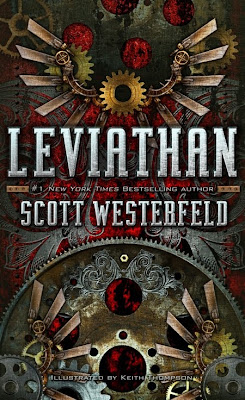 This is an exciting adventure fantasy based on World War One about war between two types of people; one that uses machines and one that uses fabricated animals for everything.

For most of the story I couldn’t wait for the two main characters, which were on opposite sides, to meet. Twelve year old Alek, who was on the machine side and was the Arch Duke of Austria-Hungary, was taken away by his teachers to protect him when his parents were killed. Deryn was on the animals’ side and was pretending to be a boy so that she could join the air service. The Leviathan is a giant, flying, fabricated whale with guns on top (a war ship) which Deryn accidentally lands on.

It was really exciting when they finally met. The first three quarters of the story was serious but exciting, then after Alek and Deryn met it got much funnier. I really enjoyed the whole story but I liked the last quarter best. I found going backwards and forwards between two sides a bit confusing, and the story didn’t do this anymore when they were together.

I enjoyed this book so I think other children from aged 10 would also enjoy it. 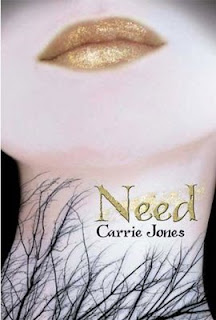 Highlight the spoiler section to view if you want to - HR

When Zara’s step dad died from a heart attack, she had fallen deeper into depression. Her mum decides to send her to live with her grandmother in Maine, deciding that leaving the memories of her step-dad behind she might be happy again.

In Charleston, her old hometown, it was nice and warm but in Maine, it’s always cold and snowy. She begins school almost as soon as she arrives there and she immediately makes a new enemy, Megan.

Megan makes it clear that she hates Zara right from the beginning and is horrible to her. Zara also makes four best friends, Issie, Devyn, Ian and Nick. Those aren’t the only people watching out for her though, a creepy man keeps stalking her. All the time she hears him whispering her name, pointing at her, leaving a trail of golden dust and constantly following her around.

One night she finds a very large, injured, dog in the woods. She takes it home and cares for it whilst waiting for Nick to come home from searching for the stalker. When it gets late and she starts to worry about Nick, she gets ready to go and look for him, only to find him standing right behind her!

Spoilers***
She demands answers and eventually he tells her that he is a were-wolf, Devyn is a were-eagle, The school receptionist is a were-bear and her grandmother is a were-tiger!
Of course she doesn’t believe him but when Ian and Megan try to turn her into something evil they realise that the stalker is a pixie, Ian and Megan are pixies, all of the pixies had been killing the local boys for their power.
***end Spoilers

Zara and all her friends have to work together to trap the stalker (who Zara finds could mean something to her) and his followers.

Carrie Jones has written a tale full of magic, evil and romance. It has been put together perfectly and is brilliant. I don’t think I could find any better word to describe this book than ‘Magic’. I would say this book is aimed at girls 12+. 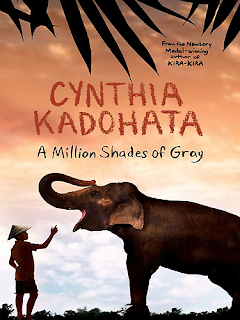 This book was quite difficult to get into. When I started reading it, the story started from quite a random part and that made it quite difficult to get a grasp of. It was only at chapter four that I really started getting into it, that is why it has taken me so long to review it.
Y'tin and his family live in Vietnam, there is a war going on and Y'tin knew little about it. He didn't really care to know anything about it for he loved, more than anything in the world, to spend his time with elephants. His elephant, Lady, was the one he loved best and Y'tin spent most of his time with her. But when the war actually comes to his village, he is forced to let Lady go on her own into the jungle. Y'tin is captured by the North Vietnamese soldiers and is held hostage. After seeing many of his best friends killed, right in front of his eyes he makes a narrow escape into the jungle. There, he meets up with the other Elephants, and one of the elephant handlers, Tomas. The third elephant handler had been killed. Day after day they go through the jungle searching for their lost relatives. When one of his friends goes missing and he is put in charge of the search, a lot of the villagers are counting on him.
I think this an ok book. I wouldn't pick it from a shop and I think it's rather sad about all the deaths and everything and there are quite a few upsetting parts, but otherwise it's interesting and tells us about the Vietnam war, but from a young boy's point of view. I don’t think this would be for younger children because of the upsetting bits and they mightn’t understand some of it, I think this book if for girls and boys, aged 13+.