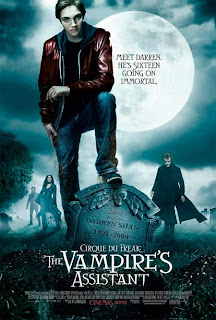 The Vampires Assistant is a mind blowing adventure that will capture you in the moment!
I read this every day and at night I would stay up way past 11 o'clock just to finish the chapter .I just couldn't put it down and even got told off for reading in class when I supposed to be doing a maths paper!

The book is about a teenage boy (Darren Shan) who enjoys his life until one day his mate brings in a flyer saying about a freak show in town.He ends up going and falls in love with a spider. Darren sets up for a adventure training the spider until one day an awful mistake happens. Darren is forced to make a life changing decision.

You have GOT to read this book! I didn't think it was very good at the start until I got to chapter 2 and then I couldn't put it down. I think this book is better than Harry Potter and that's saying something!

Extras is a book that goes with the Uglies, Pretties and Specials series. It is set slightly later than the others and the main character is a girl called Aya. Aya lives in a different city to Tally (the star of the main series) but knows about her because she is famous worldwide. In Aya’s city, everyone has a face rank determining how famous and popular they are.

Aya starts off as a nobody, an extra, but then she joins a mysterious group called the Sly Girls and kicks (puts on her feed, which is a network similar to the internet) a story about aliens planning to destroy the world and suddenly everyone wants to listen to her. But then who should turn up but Tally herself and then Aya goes with Tally to uncover the truth.

When I had finished reading the other books, I really wanted to know what happened next and Extras does that. It’s thicker than the others so there’s more to sink your teeth into. It’s fast paced and exciting. The futuristic slang is really easy to pick up but it adds that extra something. It’s great.