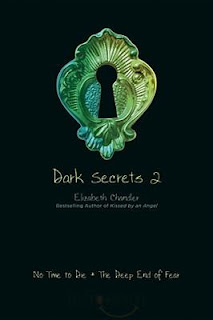 Two stories with only one thing relating them. They are both about an unsolved murder.
In No Time To Die, Jenny’s sister, Liza, who she is closer to than anyone in the world, has just died. Jenny decides to go to the summer drama camp where Liza was murdered by a serial killer. But she goes under a false name so that no one will know who she is. Everything is exactly how Liza described it. But, as Jenny digs deeper, she begins to wonder if Liza was really murdered by a serial killer after all.

In The Deep End Of Fear, Kate’s father recently died. He left her two requests. One, to return a ring to Adrian Westbrook, and, two, to regain contact with her mother who she has not seen since she was five. Deciding to return the ring, she takes a job looking after Adrian’s son, Patrick. But that means returning to her childhood home where her best friend, Ashley, had died by falling through the ice on the pond. Patrick is behaving oddly and saying he can see Ashley even though no one has ever told him about her. Kate isn’t sure that Ashley’s death was an accident. There are plenty of people who would benefit from her death…and Patrick’s.

I couldn’t put it down. I just had to know what happened next. Certain characters I loved and others I hated. The bit I loved the most was that the outcomes are completely unexpected. I could have made a long list of the people I thought might have killed Liza and Ashley but the people who actually did wouldn’t have been on it. But then I saw that it was them all along. Well written and I would definitely recommend it. 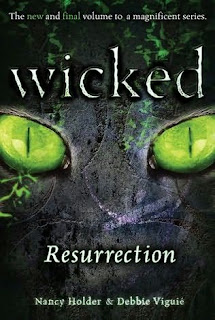 Resurrection is the last in the five part Wicked series. It is particularly focused on the witch cousins, Holly, Nicole and Amanda, but there are so many other characters doing different things, it’s almost too hard to keep track of where everyone is or, even, who’s still alive. Definitely not a stand alone book. Do not try to read any of the books out of order or you will end up in a very confused mess.

The Houses of Cahors (Holly, Nicole and Amanda) and Deveraux (Jer and Eli) are forced to put aside their differences to face an enemy more powerful than any they have encountered before. New friends are found and old ones lost forever. It is full of action as the final battle begins. It makes you feel happy and sad and angry along with the characters. You feel like you are there with them experiencing everything they do. A real page turner. Brilliant, if you can keep up. 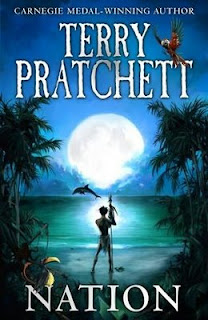