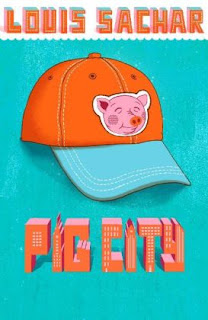 I didn't want to read this book at first because the blurb on the back made it sound boring. Then I found out it was by the author who wrote 'Holes' so I thought it was worth trying. I thought the title looked cool because the letters were all buildings.

It's about a girl called Laura Sibbie who starts a club with her friends, called Pig City, when children aren't allowed to make clubs because of her school rules. Laura asks someone to join her club but they don't want to. So he makes a new club called Monkey Town. What makes this book interesting is the relationship between the two club leaders.

I usually like to read action stories but I still really liked this book. I would give it 10 out of 10!!!!!!!! This story is about people, secrets and friendships. It kept me glued to the story so much that I finished it in 2 nights!!!!!!!!!!! 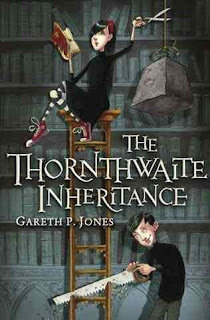 The Thornthwaite Inheritance is about identical twins, Lorelli and Ovid Thornthwaite. They live in a creepy mansion without a mother or father and are completely cut off from the rest of the village. Another thing which makes them different from most thirteen-year-olds is that they spend their time trying to kill each other.

It starts with a truce which causes a chain of events leading to the explanation of everything that happened to their parents. It gets very complicated towards the end when their history is uncovered. I would recommend reading this book when you are in the mood to work things out. If you read this when you are tired, you will get confused.

Overall, it is a great book, filled with action, mystery and murder. It is fun to read and I couldn’t put it down. As the plot unravels, remember, everything is not always as it seems. 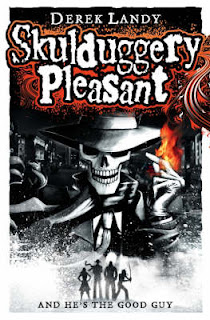 This book stars Skulduggery Pleasant and his side kick Stephanie. This is a detective book with a difference. He is dead.

With his sunglasses gone there is no doubt that he's a skeleton with a skull for a head. You have a skull for a head and you fight evil, they can just take off your head and throw it away; no they go and try to turn you to dust instead of that.

My favourite character is Skulduggery because he's funny and he's got a skull for a head that he won in a poker match. My favourite part is when he's in a room and he just keeps missing being turned into dust, because Serpine is trying to turn him into dust with the sceptre of the ancients but he just keeps missing and turning the walls to dust instead, and eventually Skulduggery turns Serpine into dust.

I like this book because it is funny, exciting and it has magic fireballs in it.

Derek Landy is an excellent writer, with good thoughts and imagination. This is another book about the amazing Skulduggery Pleasant, and how escapes the trouble he gets himself into.

Valkyrie Cane (Stephanie) learns magic and together she and Skulduggery defeat the evil vampire, Dusk, and the Grotesquery. The Grotesquery is a huge monster made up of different magical creatures. It can even teleport a short distance.

I liked this book because it was funny, exciting and adventurous.


Skulduggery Pleasant - The Faceless Ones by Derek Landy

This is the third book in the Skulduggery Pleasant series. I really like the bit at the bottom of the page, it says "Do panic. They're coming." This is an adventure book about a detective with a borrowed head.

This book is about a man called Batu, who really is a non-magical person called Paddy. He was trying to bring back a group of gods who take over and destroy the world. But he need 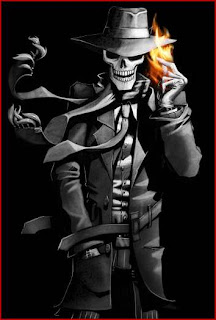 ed an Isthmus Anchor and a teleporter, but he has murdered all the teleporters except for two, and then he kills another teleporter so there is only one teleporter left, an he is only a child. If I tell you any more I will end up telling you the whole story.

My favourite part was when Solomon Wreath, a necromancer, tells Valkyrie Cain that they need to find Skulduggery's original head to open up the gateway. They want to open the gateway again to get Skulduggery out, and they can't use the Grotesquery to open it like last time because Skulduggery threw the Grotesquery into the other realm before he went in. It is my favourite part because it is going to be really hard because they don't know who took it except that it was elves.

I really enjoyed the book because it was funny and kept me in suspense. 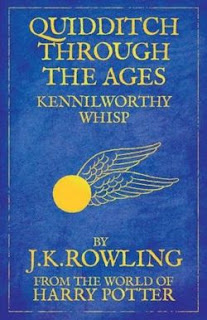 The Tales Of Beedle The Bard, Quidditch Through The Ages and Fantastic Beasts And Where To Find Them

This very entertaining trilogy is based on J.K. Rowling’s award winning Harry Potter series. All three are books that are in the Hogwarts school library.

The Tales Of Beedle The Bard is illustrated by J.K Rowling herself. It is a book of fairy tales that young witches and wizards are supposedly told as bedtime stories. With comments from the great professor, Albus Dumbledore, it is a very enjoyable book.

Fantastic Beasts and Where To Find Them is a copy of Harry Potter’s own text book, complete with his own amusing notes and jottings, often based on his own experience of these creatures. I enjoyed reading about the nundu and the lethifold and other creatures that I had not yet encountered in the Harry Potter series. There is a short foreword written, again, by Dumbledore, and an introduction by the “author”, Newt Scamander, complete with an A-Z of beasts.

Quidditch Through The Ages is supposedly taken from the Hogwarts school library. At the front, there are the names of the people who have taken it out plus a few jottings. It is the full history of the popular wizarding sport, Quidditch. It explains how the golden snitch was thought up, talks about some of the current teams and says how the game has evolved. Once again, there is a foreword by Dumbledore.

I recommend these books to Harry Potter fans everywhere. They can be read separately or as a set. They are small, uncomplicated books that are fun to read and easy to dip into when you’re bored. They might not be interesting for people who have not read the Harry Potter books, but if you have, they’re great!

Welcome to Young and Un:Bound. Generally speaking you won't hear from me here, but I thought i'd introduce it.

I will eventually approach my lovely designer about a logo of it's own but for now it's a hatchett job by me, so sorry about that. He's very busy and I can't actually pay him, so y'know, wit my turn.

The point of this blog is that we now have two younger reviewers coming on board, looking at childrens and young adults books. I considered how best to divide content and settled on giving my tween bloggers their own space to inhabit. I think this is going to be a great place for teens and their parents to get a peer view on the books they want to read.

Anyway, we will be kicking off the reviews tomorrow with a look at three books designed to accompany the Harry Potter series.
Posted by Adele at 05:00 2 comments: