(in the US released as 'Hearts at Stake'.)
My love lies bleeding by Alyxandra Harvey is the first book in the Drake chronicles. It follows the story of Solange, the only female vampire ever born, not initiated. Solange has known from day 1 that she was a vampire and has always known that one day, near to her 16th birthday, she would die…..and then awake again, with fangs, a thirst for blood, and dangerous. But Solange is in danger, other vampire tribes want her blood in their lineage, Vampire hunters want to kill her, and there’s a weird stalker vampire who wants to marry her . . . . . He doesn’t even really know her by the way.
But very close to the time when she is about to turn deadly, she is kidnapped. It’s up to her brothers and her best friend, Lucy, to save her. However, Lucy has a major crush on one of Solange’s brothers, Nicholas, who is really hot but how could it work out between a mortal and a Vampire?
This book is really good and I’d rate it 9 / 10.  It took a while for me to get into it but I’m glad that I finally did. There are 3 books in The Drake Chronicles out so far, the second is ‘Blood Feud’ and the third, ‘Out for Blood’.  Apparently, the fourth one is coming out in November, but I don’t want to wait that long! :(
Pom Pom
Posted by Adele at 09:35 No comments:

Back in November as part of the wonderful Everybody's Reading Festival, Maxine Linnell came and did a reading from her Young Adult novel Vintage, for the younger reviewers from Young & Un:Bound, and me, because I love the book.
Here are a few pictures from the day. 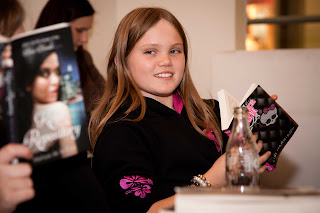 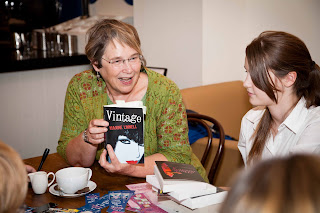 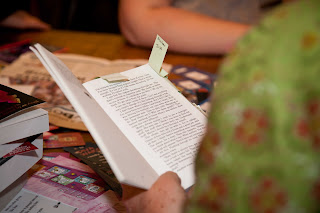 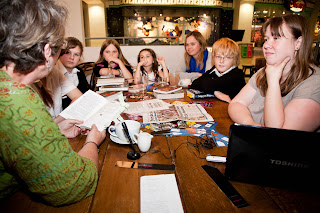