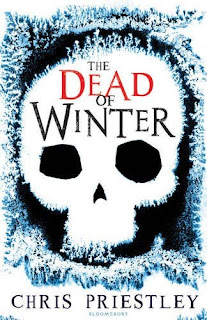 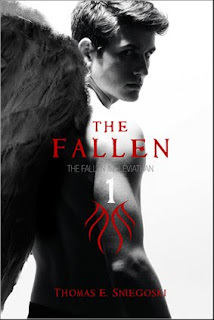 The book is the first two stories in The Fallen series. They are about a boy called Aaron who lives with a foster family which he loves and cares for. On his eighteenth birthday, just when he thinks his life might be going somewhere, things seem strange; he finds he can do things he couldn’t do before, like understanding anything anyone says in any language - even his dog. Reluctantly, he discovers he is a nephilim (the child of an angel and a human woman). And not just any nephilim, the chosen one that, according to prophecy, will redeem the fallen angels and become a gateway between them and heaven.

Aaron wants nothing to do with any of this. He just wants to forget everything and carry on with his life as it was before but Verchiel, the leader of a group of angels called the Powers, won’t let him. He believes he is doing God’s work by cleansing the Earth of the unholy nephilim but he also fears the prophecy. He doesn’t think it is right that the fallen should be redeemed and will do anything to stop that from happening. Aaron is forced to accept what he is when Verchiel’s obsession endangers everything near and dear to him.

A very good action filled book. An interesting alternative to vampires. I suggest that you don’t put it down and leave it for a while before carrying on like I did because, when I did that, I got a little confused. Overall, pretty good and I would like to read the next one in the series.
By Zobdy
Age 14
Posted by Adele at 06:00 No comments: 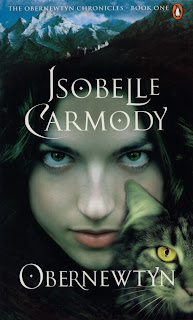 It is set in what I have assumed to be the fairly near future. A sort of natural disaster called the Great White has causes civilisation as we know it to break down and a new culture has grown. They call God Lud and the council has complete control. The Great White still affects the people; most of the land is uninhabitable and even to go near certain parts could be deadly and sometimes people are born with special powers. The council burned these people before any of their evilness could rub off on anyone else. Unfortunately for the council, not all of these gifts are noticeable from birth; they develop as they get older. The council decided against burning people who had already been accepted into the community so they call them misfits and send them to Obernewtyn, a sanctuary hidden in the mountains.

The main character is an orphan girl called Elspeth Gordie. She is a misfit and is trying desperately to keep it hidden but they find out and sent her to Obernewtyn. When she gets there, she realises that there are lots of things that don’t make sense and a few of the other misfits are very strange. With the help of a couple of friends, she sets out to discover the truth behind Obernewtyn.

To be honest, I didn’t really understand the plot. Elspeth is supposed to be different from the other misfits in some way but I’m not entirely sure how and I don’t understand the attitude of all the misfits at Obernewtyn. They are all very secretive and don’t talk to each other which confused me because I thought, since they had already been caught, they didn’t need to hide anymore.

I enjoyed the end of the book but, up until there, I was really struggling to read it. The story seemed to drag and there was nothing happening. Also, it was like I didn’t know things I should have, like a chapter explaining things had been missed out somewhere. I understood that I should only know what Elspeth knew but I didn’t even understand the things that Elspeth was constantly referring to. Maybe it was supposed to be part of the whole mystery of the thing but it didn’t work for me. I like books that don’t necessarily have to be full of action, but with suspense and mystery in them, but I felt that this was taken so far that I didn’t really have a clue about what I should have known about. Like I said, I enjoyed the end but I don’t think I’ll be looking for the next in the series any time soon. Maybe I’m wrong, I should read the next one because it explains everything I’m confused about? But that’s just my opinion, decide for yourself.