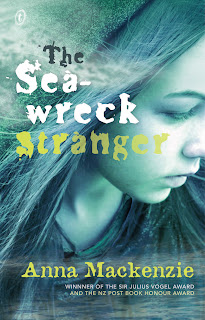 As I said, not my genre but it is a light and interesting read. Suitable for ages 10 and up, I enjoyed the concept but I wasn't too sure about how it was written. Not a very well-known author and I think it is only published in Australia and New Zealand. 3 stars.
Posted by Peter at 02:17