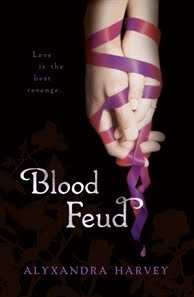 I thought that both of these books were amazing and made great sequel to My Love Lies Bleeding, which is the first in the series.
I'd recommend to it to anyone who is into the vampire world. I think it’s mainly aimed for girls aged 13+
Posted by Adele at 08:11